“The Back of the Hand to Everything” 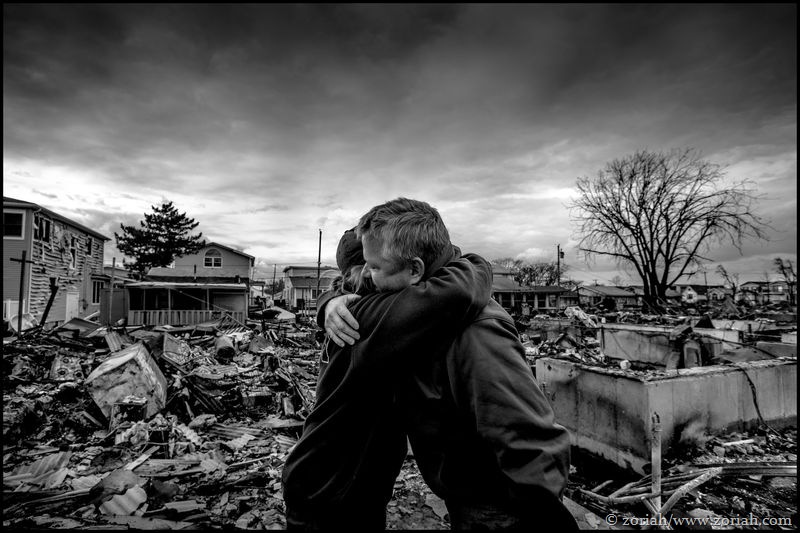 ©zoriah/www.zoriah.com ~ Residents of Breezy Point comfort each other amidst the rubble of what was once their homes.

It didn't behave
like anything you had
ever imagined. The wind
tore at the trees, the rain
fell for days slant and hard.
The back of the hand
to everything. I watched
the trees bow and their leaves fall
and crawl back into the earth.
As though, that was that. 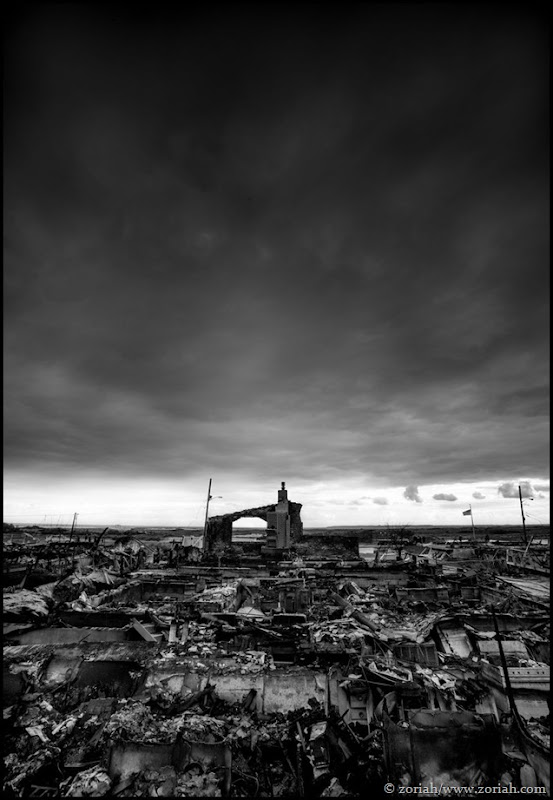 ©zoriah/www.zoriah.com ~The devastation of hundreds of homes in the wake of a fire caused by Hurricane Sandy in Breezy Point New York

This was one hurricane
I lived through, the other one
was of a different sort, and
lasted longer. Then
I felt my own leaves giving up and
falling. The back of the hand to
everything. 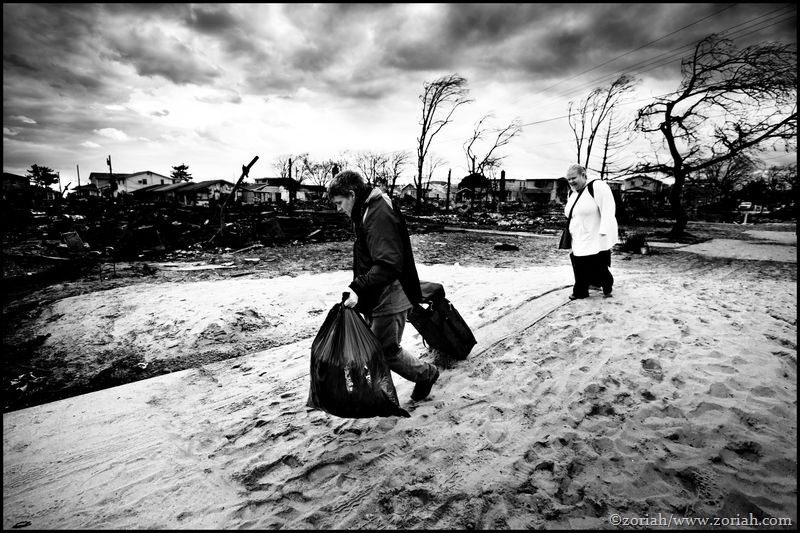 But listen now to what happened
to the actual trees;
toward the end of that summer they
pushed new leaves from their stubbed limbs.
It was the wrong season, yes,
but they couldn't stop. They
looked like telephone poles and didn't
care. 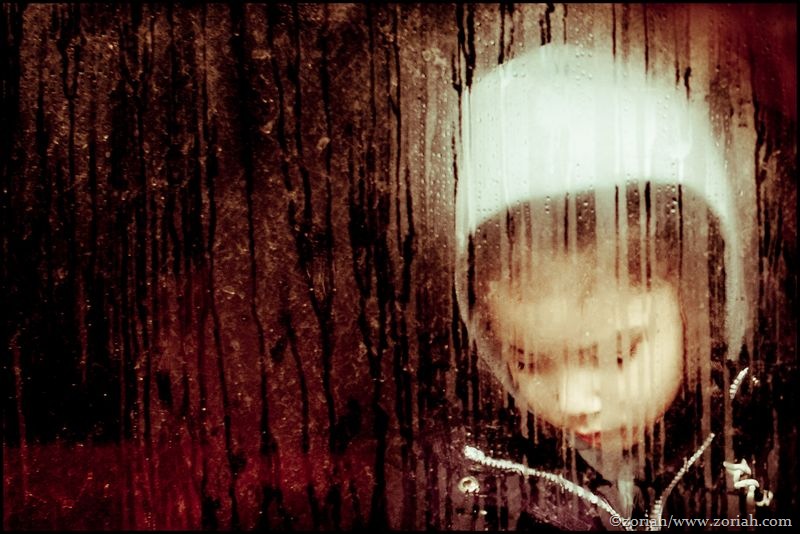 ©zoriah/www.zoriah.com ~A young girl stands inside of a wet store that was destroyed by the water that breached New York City’s East Village.

And after the leaves came
blossoms. For some things
there are no wrong seasons.
Which is what I dream of for me.

A Thousand Mornings
The Penguin Press

Zoriah is an award-winning photojournalist whose work has been featured in some of the world’s most prestigious galleries, museums and publications. Zoriah's clients have included The BBC, Newsweek, The Wall Street Journal, Fortune, ABC News, NPR, Focus and many others. With a background in Disaster Management and Humanitarian Aid, Zoriah specializes in documenting human crises in developing countries. His vitae not only lists photographic achievements and study, but also the in-depth training and experience necessary for working under extreme conditions in some of the world's harshest environments.

Posted by Noelle Clearwater at 10:06 PM No comments:

Back in Mind (film)

Back in Mind from Ben on Vimeo.

Sometimes you will experience something beautiful and then you are happy to capture it. It’s snowing heavily and I decide to go for a ride on my bike, to capture some snowy landscapes with the GOPRO3 mounted on my bike. (the blurry spots on some images are snowflakes) I also made some shots with the Panasonic HDC-SD10 under a bridge, because of the snow. And then suddenly………… This video is about a meeting with a hare in the snow. And on my way home, I could only think about that special meeting. I’ve tried to show that feeling in this video “Back in Mind”.

ferrie = differentieel made a beautiful soundtrack, did the audio and gave me a lot of feedback on the images. Thanks a lot Ferrie!

The soundtrack is a variation on the composition La habitación de Philip en Baltimore (2° versión) by Luis Rojas copyleft 2007
https://soundcloud.com/#luisrojas2011/la-habitaci-n-de-philip-en

Posted by Noelle Clearwater at 9:18 PM No comments: