A Kiss is Still a Kiss… 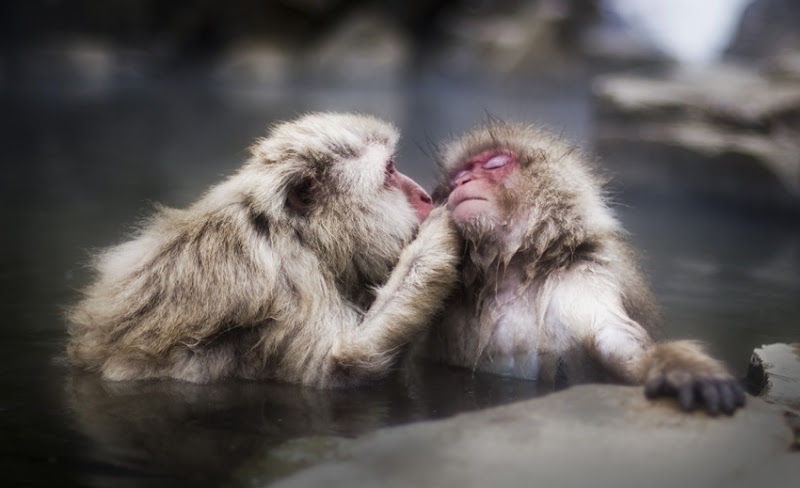 “Let’s try it from this angle,
Maybe something marvelous will happen,

Maybe three suns and two moons
Will roll out
From a hiding place in the body
Our passion has yet to ignite.”

Old lovers say,
“We can do it one more time,
How about from this longitude
And latitude –

Swinging from a rope tied to the ceiling,

Maybe a part of God
Is still hiding in a corner of your heart
Our devotion has yet to reveal.”

Do not stop playing
These beautiful
Love
Games.

(“The Gift” – versions of Hafiz by Daniel Ladinsky) 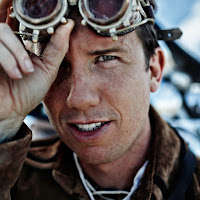 These snow monkeys are the greatest. I spent a...
... long time with them... It was very cold, and I almost got in this hotspring with them. They are all wild, and they come down from the mountains near Nagano, Japan, for several hours a day to play in the natural hot springs. They gallivant around, have fights, play with their kids, have a bit of sweet carnal monkey fun, check their email, and pose for my camera. These two monkeys spent a lot of time together... they were in maximum "relaxation mode." They lounged around in every possible position and took occasional breaks to do a bit of mutual grooming.

I’m best known for, well, I suppose, this site, StuckInCustoms.com, which has become the #1 Travel Photography Blog on the internet. On average, the photos get over a million views a week, including a few from my mom. My work first became popular after I had the honor of having the first HDR photo ever to hang in the Smithsonian. After that, I was fortunate enough to be represented by Getty (who I have since dumped because they take 80%), been featured on the BBC, ABC, FOX, CBS, and NBC, and have had numerous showings around the world.

I am known generally for the unique way in which I capture and process the world around me. I have my own “take” on HDR Photography, and you can see my free HDR Tutorial right here. I grew up blind in one eye and this might have changed the way I view the world. I don’t know. It’s hard to be objective about the way one’s brain was wired. My background is in computer science and math, so I bring an algorithm-like process to capturing the scene in such a way that it evokes memories in a palpable manner. Whatever that means.

Posted by Noelle Clearwater at 9:05 PM No comments: